Rainbow’s End first opened in December 1982. The amount of attractions has grown over the years. Initially the park opened with Bumper Boats, Mini Golf, Can Am Cars, Mirage Cars and video games. In 1983, Cinema 180, the Pirate Ship, the Maze and the Indoor Games Area were introduced.

The popular Log Flume was introduced in 1984 along with the Indoor Dodgems and Garden House Cafe. Then in 1985 the Kiddies Cars, Space Shuttle Zim Zam Zoo Children’s Playground and Staff Amenities were added.

The Coca-Cola Corkscrew Roller Coaster was introduced in 1986 and was an absolute crowd puller during this year. Rainbow’s End added the Motion Master in 1992 and the following year the Family Karts were brought in and utilised the Mirage Cars racetrack.

In December 1995 another major ride was added. This was the Gold Rush, a themed ride in which 4 people sit in a mine cart which then takes them on a thrilling journey through an authentic abandoned gold mine. This ride was designed and built by our own people. A tremendous effort and a fantastic achievement.

In 1996 our Car Wash Convoy was purchased. This replaced the Caterpillar and is an attraction for the younger visitors to our Park. In December 1997 our new family play area was built on the site of the old maze. This area includes two new rides, the Dragon Flight and Carousel. The area is themed inside a Castle and it proves to be popular for the under 8 year olds.  Three more attractions followed in 1997 introducing Castle Land, the Carousel and the Dragon’s Flight. These rides catered for the Under 5 children and were very popular with the under 5 year olds.

Construction commenced in June 2001 on a $2.5 million “free fall” tower. At 54 metres in height this added another major “white knuckle” attraction. Supplied by a Swiss company the tower was assembled by a team of our own engineers, on time for opening weekend 26th October 2001. The tower has capacity for three further tracks to be installed at some time in the future.

The Power Surge and Jumpin’ Star attractions arrived in the country from Italy on Monday 13th December 2004. The foundation work had already been completed by our maintenance and engineering personnel prior to their arrival. Both rides took approximately one week to construct & commission once they arrived and were ready for the opening day on Saturday 18th December 2004.

Since then we have added the adrenaline pumping INVADER which opened in December 2009; it has been a huge success proving popular with all ages. Coming from Italy, it arrived in six 40 ft containers and traveled from the Ports of Auckland in convoy to Rainbow's End!

Development in the park has been ongoing with three new eateries introduced and a brand new stage built in December 2010.

The first stage of Kidz Kingdom opened on Boxing Day 2012 with three brand new rides, the Choco Express, Magic Bikes and Surf n Swing. The first stage consisted of an outdoor covered area with a giant rainbow roof so children are able to play in all weather, protected from the sun and rain. In total there are seven rides for children in this area the Choco Express, Magic Bikes, Surf n Swing, Carousel, Jumpin’ Star, Space Shuttles and Carwash Convoy. This area also featured three brand new birthday rooms which together are able to cater to birthday groups with up to 50 children.

The second stage of Kidz Kingdom opened with a celebration on 27th April 2013. The new indoor area completed Kidz Kingdom and includes the Fortress of Fun, Enzo’s Country Raceway, Comfyland, interactive games and the Dixie Chicken Review. Four new birthday rooms also opened in the indoor section of Kidz Kingdom, bringing the total number of birthday rooms in Rainbow’s End to seven. Small Talk Cafe provides a place in the indoor area for parents to relax while watching their children.

In August 2013 Centre Stage underwent a transformation with an all new look. Rainbow’s End also welcomed Andre Vegas who performs magic and illusion shows on Centre Stage in weekends, school and public holidays.

Stratosfear, the scariest ride yet, launched on 16th April 2014. At the time of opening it was the first of its kind in the Southern Hemisphere and one of only four in the world. Stratosfear proved extremely popular and a special night rides were held in the school holidays for those brave enough to try the new ride at night.

September 2014 brought some exciting new changes for Rainbow’s End. The park logo changed and a new website was introduced.

In 2015 a new, state of the art entrance way was unveiled with 8 lanes for entry and a new gift shop. The new entrance has been very popular and allows a much smoother entry into the park.

There are many exciting plans being developed for the future - so watch this space! 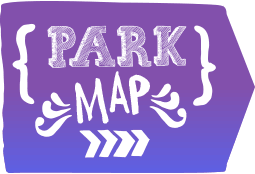 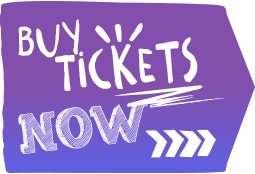